Unlike the makers of the dangerous and controversial all-metal hip devices Stryker managed to remain largely unscathed – until 2012. As Johnson & Johnson became the focus of thousands of lawsuits regarding its ASR implant many patients had turned to Stryker, whose implants weren’t metal on metal.

Two of their hip implants the Rejuvenate and ABG II Modular-Neck Hip Stem systems were seen as an alternative to the metal on metal implants that had begun to fail at alarming rates. The two Stryker implants were released in 2009 and despite initial success, complaints were soon being made by many of the thousands of patients who had the products implanted. By 2012 the company recalled both products.

The ABG II and Rejuvenate hip components were recalled by Stryker after they admitted that the artificial hips were subject to fret, corrode, loosen and ultimately fail, resulting in revision surgery to remove the defective hip implant. Both the Stryker ABG II and Rejuvenate hips contain modular stems, with two pieces that fit inside each other to allow the surgeon to customize the length based on the patient. The metal components were found to be vulnerable to fretting and corrosion causing the components to grind against each other and release metallic debris inside the body. Patients who experience this phenomenon – metallosis – may develop pain, swelling, and adverse local tissue reactions due to the metal ions shed from the devices. Stryker has advised all recipients of Rejuvenate or ABG II stems to undergo medical screening regardless of symptoms to ensure their hip components are working properly.
Now, some doctors have predicted the failure rate for the Rejuvenate and ABGII hip replacement systems might go as high as 70 percent. Artificial hip revisions are painful and patients receiving replacement prosthetics often have issues with bone loss and fit. The promise of a better quality of life is greatly diminished because revised artificial hips rarely perform as well as the first prosthetic.

In the wake of this catastrophic failure and the subsequent recall of the Rejuvenate and ABG II Modular-Neck Hip Stem systems over 2000 lawsuits have been filed in New Jersey, at least 1700 in Minnesota, and more lawsuits in Florida, California, Illinois, Indiana, Kansas, Massachusetts, Michigan, New York and Oregon

Worldwide more than 30,000 of the Stryker hip systems have been installed with 20,000 of them in U.S. patients. I have no doubt that the failure of this artificial hip joint will lead to thousands more painful revisions and, as a result, the number of claims against Stryker will continue to increase dramatically.

If you have a Stryker implant we would be happy to review your situation and see if we can help you.

Stryker’s negligence in the design of these products suggests to me that profit, not patient’s safety, was their biggest concern. They offered the Rejuvenate and ABG II with promise of a better quality of life. With the failure these implants Stryker has not only shattered that promise, but also more often than not – made the patient’s quality of life worse.

The Stryker Rejuvenate and ABG hip implant was recalled in July of 2012. These hips are failing at a high rate as a result of leaching of chromium and cobalt from the double modular neck of the implant. The joints in the modular neck components are corroding due to micro motion in the joints. The micro motion in the joint causes fretting and corrosion. This is a design defect in the product. Stryker had sent doctors promotional material stating that: “Laboratory testing demonstrates the compatibility of these materials without concern for fretting and corrosion.” So doctors had no reason to suspect that these hip implants were bad

This is why we think that Stryker will be held legally liable in the lawsuits that we are bringing against Stryker.

The long term effect of this metal toxicity on the body is not well understood by doctors at this point. However, long term exposure to metal ions may have systemic effects on the nervous system or other organs in the body.

Stryker which is a division of Howmedica has contracted with an insurance adjusting firm called Broadspire to pay for out of pocket expenses not covered by insurance for Rejuvenate ABG II patients who need to pay for blood testing for metal levels or surgeries to replace the Rejuvenate ABG II hip implants. Broadspire is the same company that is paying out of pocket expenses for the DePuy ASR metal hip implant that was recalled in August 2010.

Initially, at the time of recall Stryker was not recommending that all Rejuvenate ABG II patients get regular blood testing for cobalt chromium levels. Recently, Stryker has changed its recommendations to include regular chromium cobalt blood testing every six months or once a year.

About twenty thousand Stryker Rejuvenate ABG II hips were implanted since 2009 when then the product was put on the market. The revision or reoperation rate is rapidly rising and it is possible that most patients will require replacement surgery.

Our office is representing Rejuvenate ABG II patients in lawsuits against Stryker and we are assisting patients in obtaining reimbursement for out of pocket costs and blood testing through the program with Broadspire. We expect that these lawsuits will be successful based upon the unreasonably high failure rate of these implants and the misrepresentation by Stryker that the hips would not be subject to fretting and corrosion.

The Stryker Rejuvenate Hip Recall for metal toxicity was a surprise to many patients and doctors because it is not a metal on metal hip. In fact, many patients selected this hip to avoid the metallosis problem that has been in the news for the last two years since the DePuy ASR metal on metal recall in August of 2010.

The Stryker Rejuvenate hip is made with a ceramic ball and a polyethylene liner in the acetabular cup. The recalled DePuy ASR and the recalled Smith & Nephew R3 hips both have a metal ball and a metal cup which is called a metal on metal articulation. The problem with the metal on metal hips is that the metal on metal interface generates metallic debris that is toxic to the tissues in the hip compartment causing fluid buildup, tissue damage, and failure of the implant.

The Stryker Rejuvenate was only briefly tested in the laboratory prior to widespread sale to the public. The Stryker Rejuvenate is made with a modular femoral neck. This is a different design than the traditional hip implant devices. The traditional hip implant devices had two parts, a femoral stem with a ball on it and then a cup that is placed in the acetabulum of the pelvis.

The Stryker Rejuvenate has four parts. It has a femoral stem, a metal neck, a ball, and an acetabular cup. The proposed advantage of the multipart or modular design is that the surgeon has a number of different metal neck parts of slightly different lengths and angles that he or she can choose to use during the surgery to try to obtain the best angle and length for the implant.

The problem with this design is that each time you have a metal joint between two different metal parts there is a risk of fretting from the movement in the metal joints and subsequent corrosion of the metal neck either at the joint with the femoral stem or the joint where the neck segment is inserted into the ball. The fretting and corrosion of the metal parts releases metal debris into the patient’s hip compartment where it will usually cause inflammation, fluid buildup and failure of the implant. That is why the Stryker Rejuvenate hips are failing and why they were recalled in August of 2012. 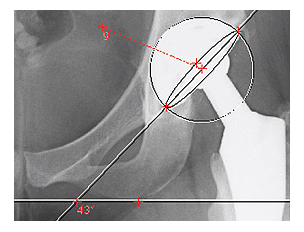 Stryker told doctors that the multi-part modular design of the Rejuvenate would provide better surgical results because they would be able to get better adjustment of angle and lengths during surgery. This representation sounds logical because it was sometimes difficult for surgeons to get the exact angles and leg lengths that they would prefer with the two part hip implants.

However, Stryker never properly tested this theory on people before its massive sales campaign to promote the Rejuvenate. Stryker tested the idea in a laboratory which is far different from observing how the devices function when implanted in people. Testing a product in a laboratory is also far different than conducting a proper scientific clinical study to develop scientific facts that can be reported.

A recent medical paper from the 2012 American Association of Orthopedic Surgeons meeting reported that “there is currently no clinical evidence that the use of modular necks is associated with improved function or reduced consequences of femoral-pelvic impingement.” This means that there is no scientific evidence that the theory of improved outcomes with these multipart or modular implants actually works in practice. It is just a theory and a sales pitch to sell more of the Stryker implants. Stryker never did clinical (that means on people) studies to see if the purported benefits of this product could justify the known risks of incorporating multiple metal junctions in a product designed to be implanted in the human body.

It has been well known in the hip implant industry that what is known as taper corrosion even in the traditional two part hips can be a source of metal debris that is a risk to patients. The taper is the stem from the femur to the ball. Scientific studies have been done that show that corrosion has been found in the DePuy ASR, and the Zimmer Durom Cup. These studies have also show that the larger diameter heads increase the risks of corrosion. In fact, this taper corrosion may contribute to the high metal ion levels in the DePuy ASR failures. So it is clear that there was significant scientific evidence of the risk of metal debris exposure and poisoning that Stryker was aware of when it promoted the modular neck design of the Rejuvenate.

It is clear that Stryker knew of scientific facts establishing the risk to patients of this metal exposure and the fact that there was a significant risk of exposure to this dangerous metal. It is also clear that Stryker had no scientific proof that the Rejuvenate design would result in better outcomes in patients. For those reasons it is likely that Stryker will liable to injured patients under product liability laws.

Consequently, I am confident that we will be successful in legal cases against Stryker for its marketing and sales of the Rejuvenate hip implant.

The Stryker Rejuvenate was recalled in August 2012 so it is unlikely that a patient would receive this hip implant after that date.

If your received your hip between 2009 and August of 2012 it is possible that it could be a Stryker Rejuvenate. Your surgeon should be able to tell you whether you have this implant.

Our law firm also can obtain your medical records at no charge to you to determine whether you have one of these implants.

If you have one of these implants or think you have one of these implants you should get both legal and medical advice. There are legal statutes of limitations that mat bar your right to make a legal claim if you do not file your case with in specific time limits that are different in different states. So you should call us or another attorney experienced in medical device cases immediately to protect your rights.

You should also contact your orthopedic surgeon to ask for blood testing to see if you have elevated metal levels of cobalt or chromium in your blood. This is true even if you have no symptoms of pain or limitation of motion with your implant. Sometimes significant damages is done to the tissue in the hip before there are any symptoms of pain.